3rd game of the season 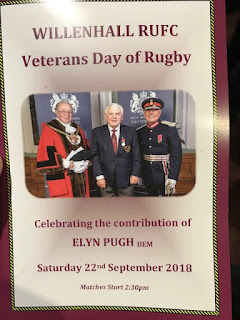 The changing room was large and clean.  Nice shower and a drink and a chocolate bar waiting for the referee. 10/10 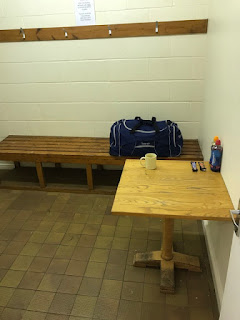 There was a fantastic buffet laid on for the occasion, so the after match meal scores 10/10 as well. 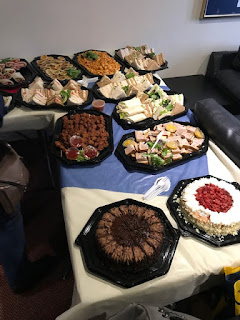 Off side line at a tackle

So the law now says:

In practise this means we initially have a tackle with a tackler and ball carrier on the floor with the ball.  If a player picks up the ball after entering the tackle area from his own side, then play continues.  But if an arriving player stands over the ball in a position to initiate a ruck, then offside lines are created.  Don't get too hung up on the wording, when a player stands over the ball or the tackle you will know it.  It will look like it always has at the start of a ruck where one player waits for contact from the opposition.

If a jackler has his hands on the ball, he will by definition be over the ball in some way, so yes offside lines are still created.  If a ruck is created he can continue to play the ball as long as he isn't driven off it (commonly know as being beaten by the ruck).

It is always useful to think less about what the law says and more about what it is trying to achieve.  In this instance the law is wanting to prevent opposition players loitering on the wrong side of a tackle to prevent the ball being played away.  Previously there were no offside lines at a tackle so this was allowed.  Now once we have a player over the tackle the new offside lines prevent this negative play.

Hope that all makes sense.
The Rugby Ref

2nd game of the season

The referees changing room was perfect. Nice size, own toilet and shower, lovely and clean with a mirror.  Drink and snack also provided.  10/10 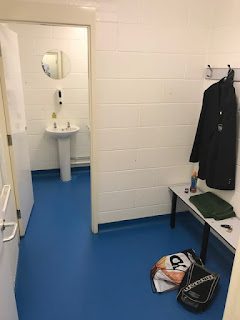 The after match meal was a lovely stew with some fresh bread, there was also the option of a curry.  Plastic cutlery and bowl let it down a bit, so 9/10 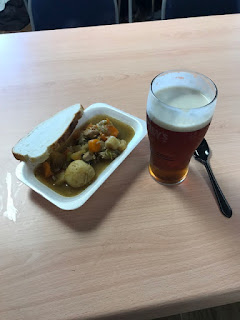 I've just bought myself some new Canterbury boots, a good reputable rugby
brand, but I am a bit dubious about the legality of the studs.  If presented
with these on a Saturday I would think twice about allowing them to be used.
The tips are the requisite 10mm across but my concern is that the tips are
not rounded and therefore have an "edge".
Are these legal? 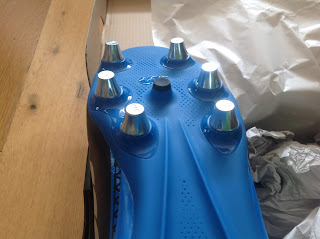 Hi, I was wondering are these studs legal for the 2018/19 rugby season 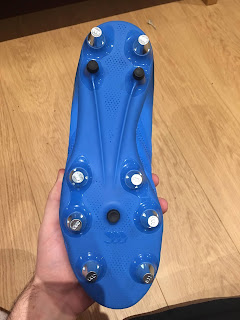 It seems you have both bought the same boots!

If as Tim says, the tips are more than 10mm across then the boots (studs) are legal, but Tim highlights a good point.  Are the boots "safe".

If the edge of the studs became sharp of scuffed then the boots could become unsafe very quickly.

The Rugby Ref would recommend running your hand across the studs, if they scratch or cut your hand then they are unsafe.

1st game of the season

Unfortunately the referee's room at the club was designed by a scrum half with a ceiling height of under 6'.  Since The Rugby Ref is 6' 8" this proved less than adequate. However it was clean with it's own shower so it gets a score of 7/10 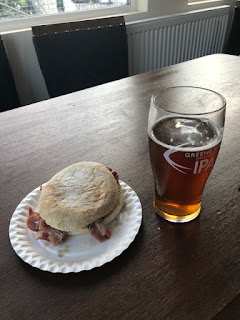