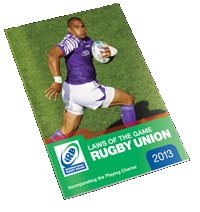 
My name is Stephan and I am a referee in the Netherlands.
I have a question concerning law 22.7 and 22.11.
If a ball was kicked into the opponents' in goal and a defender then kicks the ball over the dead ball line what is the result? A scrum for the attacking team or a 22 mgr drop out for the defending team?
Thanks,
Stephan Glaser


Stephan
When the ball goes into in-goal and is made dead, it doesn't matter who makes it dead.  What matters is who put the ball into in-goal in the first place.
So in your question it depends what side the player was on, who kicked it into in-goal.  Assuming he was an attacking player, we would have a 22 drop out for the defending team.